The local clothing brand has registered the area code “414”, but what does that mean?

Can you own an area code? This is the question that sparked a heated debate this week in the local t-shirt world, and it revolves around whether or not a t-shirt designer can stop other companies from filtering the market. Milwaukee area code “414” on their clothing.

Fred Gillich, owner of Too Much Metal and 414 Milwaukee, launched his 414 brand in 2012. His stylized version of the area code appears on t-shirts, hats, glassware and flags, including one hung at the town hall last spring.

Beard MKE, a local retail company, has partnered with Cream City Print Lounge, also based in Milwaukee, to create a “414 All” shirt to benefit the Cream City Foundation which works to protect community rights LGBTQ +.

Gillich sent Beard MKE a cease and desist letter earlier this month and was not happy with the company’s response. And so he went on social media and posted a message calling Beard MKE for using area code 414 on a shirt with the image below. 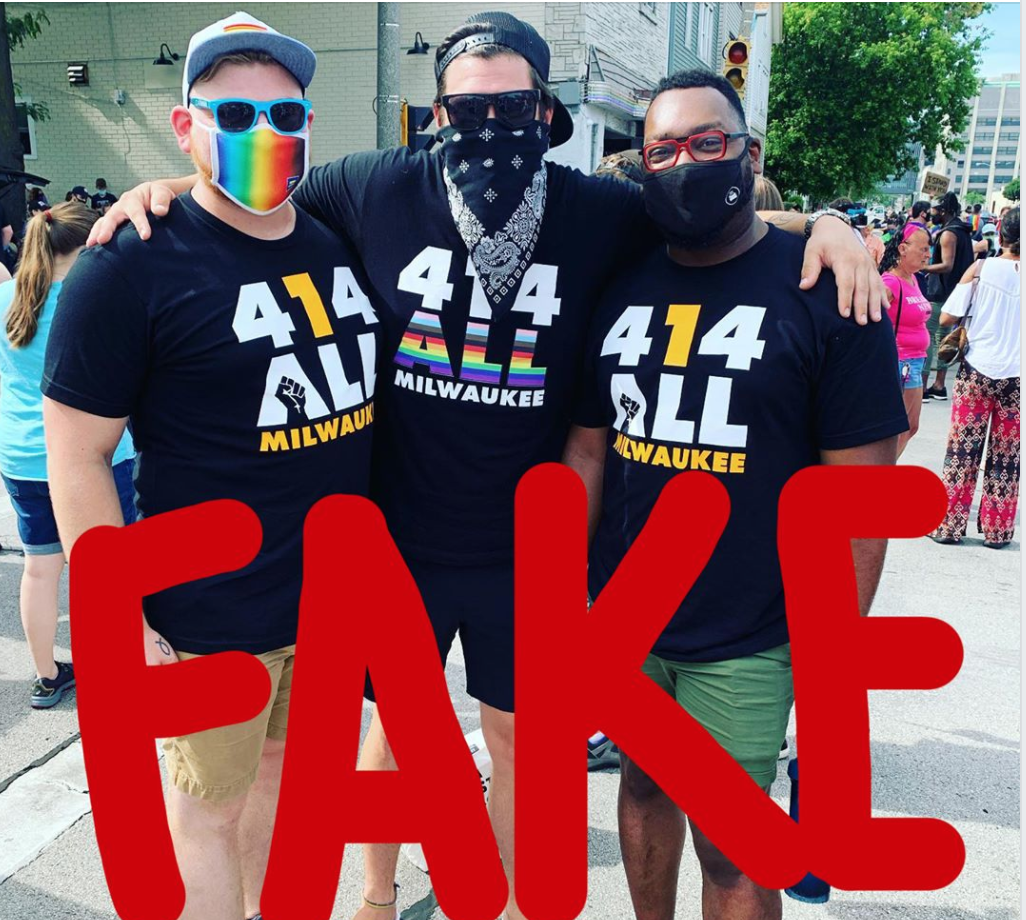 Many responded negatively to the post, criticizing Gillich for public humiliation via social media and for his history of not supporting other local businesses. Additionally, the shirts were created to be worn during the peaceful Black Lives Matter protests and the proceeds were donated to charity.

“Fred Gillich wants to line his pockets, so he won’t allow anyone else to use the 414 in any way, even to support BLM and LGBTQ groups,” says Mo Crosby, business owner and coordinator of ‘events that started a petition. to allow other businesses to use the Milwaukee area code on clothing.

Gillich has obtained a federal trademark registration which states that “414” may not appear on any article of clothing other than his trademark.

Aaron Olejniczak, lawyer and partner at Andrus Intellectual Property Law LLP, has confirmed that the mark is legitimate and that Gillich has the right to legally challenge other companies who use “414” in any font or style on their clothing.

“He can’t blame someone for naming his restaurant ‘414’ but he can with other clothing brands,” Olejniczak explains.

But the problem is more than the legality of whether Gillich “owns” the 414 numbers. For some, it becomes an ethical issue to be a local business supporting other local businesses.

“This isn’t the first time he’s done this at a small business and no one has the time or money for legal support,” Crosby said.

Gillich says he just wants companies to partner with him rather than using the 414 trademark without permission.

“I survive on my creativity and when I see it taking over, the question becomes who is hurting which small business?” said Gillich. “I protect my livelihood.”

Crosby says she speaks on behalf of many small businesses who have been reluctant to challenge Gillich for fear of legal action.

“I have nothing to gain here. I’ve worked with both of these companies, but whether it’s legal or not, I think what (Gillich) is doing is just not right,” Crosby says.

Local clothing with a global message